Traditionally, we tend to associate technology with the younger generation, yet, older adults are surprisingly proficient with a range of modern technology. For example, 59% of Americans aged 65 and above go online and 77% of this population use phone and tablet apps.

Not only do these figures indicate significant technology use, but the numbers are also continuing to grow.

In particular, tablets are an example of modern technology that many seniors can use very effectively.

The term tablet refers to touchscreen-based computers that tend to be light and easily portable. The iPad is one of the more well-known examples of these, although there are many others.

Because they are a type of computer, tablets have their own operating system and can run a large number of applications (apps), including many different games.

Tablets may range from a screen size of around 5 inches all the way up to around 10 inches, with screen sizes from 7 to 10 inches being the most common.

Most tablets will run either an Apple or an Android operating system. Many apps will be present in the stores for both types of tablets, but some will only be offered by one of the stores. Most of the apps I’m discussing here are present in both stores, and I specify the cases where this isn’t true.

The touch screen interface of these devices tends to be relatively easy for seniors to learn and many of them tend to pick up on what to do very easily. Larger tablets work best for seniors, especially those with poor eyesight, as these have larger font sizes and the onscreen buttons tend to be bigger.

Many people try to find the best Apple or Android apps for seniors, but with so many options out there, it can be a pretty confusing task.

THE APPEAL OF TABLET APPS

For caregivers and for seniors, tablet apps can be appealing in a number of ways. 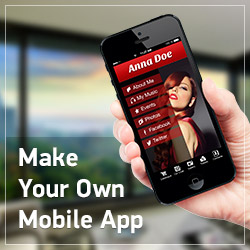