MIT Inventor 2 is a cloud tool to make Android apps

iBuildApp.com announces release of a tool that is similar to MIT App Inventor 2 to build mobile apps for Android devices in your web browser.

Learn how to code an app by using the guide from iBuildApp. App Inventor is a visual, blocks language for building Android apps. MIT App Inventor 2 is being used by students around the world to expand participation in development of mobile apps for Android.

Make an App for your School or College, no coding and easy! 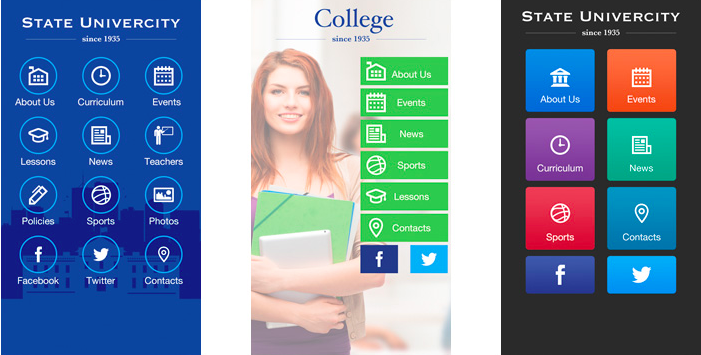 iBuildApp mobile app builder lets add Facebook, Twitter, Instagram, YouTube, SoundCloud, Pictures, Tumblr, Google Maps, Google Calendar, Chats to their apps, to connect with their friends and allow people using the app to interact with each other. People can easily read and share messages, photos and posts just by clicking the Share icon within the app.

Learn How to Make Android and iPhone Apps in 5 Minutes, No Coding

iBuildApp Mobile App Builder is used at hundreds colleges in USA like Emory, UCLA, Santa Clara, Hawaii college to teach students how to build mobile apps for iPhone and Android. We would like to feature David Reader who is a Professor in Residence in the Department of Communication and Journalism at Suffolk University. ” To briefly summarize, I am using iBuild app in some of my Communications & Journalism classes at Suffolk University to provide the students with an easy introduction into the world of interactive storytelling and mobile development. As more and more media outlets are including mobile versions of their content, the ability of our students and new media professionals to use products like iBuildApp to author rich media has become an essential skill. IBuildApp is the right tool for introducing those skills.” he said.

Using the iBuildApp platform, anyone can build, test, and publish a mobile app quickly and inexpensively, without knowing any code. Now mobile apps can be interactive too.

About iBuildApp iBuildApp is a no coding required mobile app creation and publishing tool. The platform allows any business, group or individual to create and publish a native or a web app for a smartphone or a tablet (currently supporting HTML5, iOS and Android) in a matter of minutes. The interface is template-based with widgets to add location (maps), contact us, coupons, video, audio, pictures, RSS, Twitter, Facebook and more. iBuildApp is a mobile DYI platform for iPhone and Android apps. Since launching in 2011, there have been over 40 million downloads by over 2,000,000 businesses (app builders). There are been over 2,200,000 apps built and over 150,000 apps published and monthly visitors exceed 2.5 million.